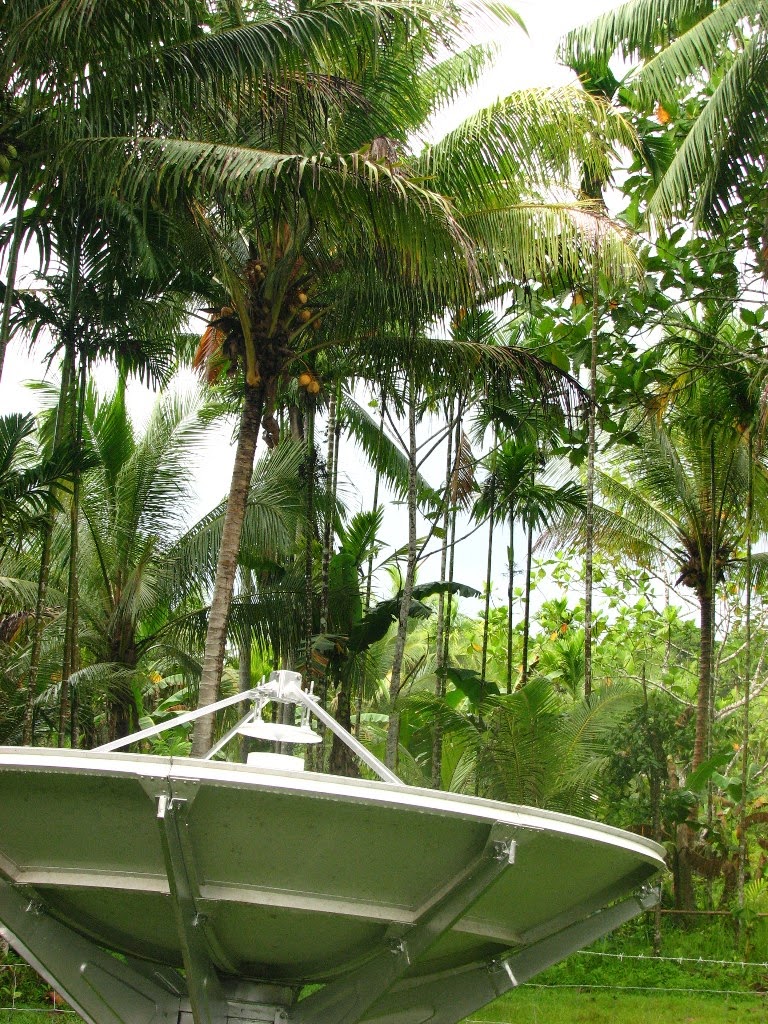 #Webopedia
Short for very small aperture terminal, an earthbound station used in satellite communications of data, voice and video signals, excluding broadcast television. A VSAT consists of two parts, a transceiver that is placed outdoors in direct line of sight to the satellite and a device that is placed indoors to interface the transceiver with the end user's communications device, such as a PC. The transceiver receives or sends a signal to a satellite transponder in the sky. The satellite sends and receives signals from a ground station computer that acts as a hub for the system. Each end user is interconnected with the hub station via the satellite, forming a star topology. The hub controls the entire operation of the network. For one end user to communicate with another, each transmission has to first go to the hub station that then retransmits it via the satellite to the other end user's VSAT. VSAT can handle up to 56 Kbps.

The majority of VSAT antennas range from 30 inches to 48 inches. Data rates typically range from 56 Kbps up to 4 Mbps.

#Wikipedia
A very small aperture terminal (VSAT), is a two-way satellite ground station or a stabilized maritime Vsat antenna with a dish antenna that is smaller than 3 meters. The majority of VSAT antennas range from 75 cm to 1.2 m. Data rates typically range from 4 kbit/s up to 4 Mbit/s and sometimes up to a max downlink of up to 16 Mbit/s with some upgraded modules and enhancements. VSATs access satellite(s) in geosynchronous orbit to relay data from small remote earth stations (terminals) to other terminals (in mesh topology) or master earth station "hubs" (in star topology).

VSATs are most commonly used to transmit narrowband data (point of sale transactions such as credit card, polling or RFID data; or SCADA), or broadband data (for the provision of satellite Internet access to remote locations, VoIP or video). VSATs are also used for transportable, on-the-move (utilising phased array antennas) or mobile maritime communications.

#Answer
It means that the connection to the Internet is not consistant. This may be caused by a loose wire or other connection, some other hardware problem, or if your connection is shared, there may be enough traffic going through the connection that your machine isn't able to maintain a solid connection to a machine outside of the network.